Write a short story in 6 weeks: Creating character – learning from the master’s

For the remainder of 2013, I’ve decided to immerse myself in short stories.

I teach creative writing and have discovered that short stories are a great way to introduce my students, who are generally reluctant readers, to a wide range of literary styles voices and devices.
My main challenge and aim in teaching creative writing is to ensure that the students read. I’ve now determined that computers will be shut off while the students read the short stories on a hand out.
Each week, I choose the stories that illustrate essential elements in writing.

It’s easy to select characters from novels – you could argue that so many novelists, from Hardy to Kingsolver, base their narrative arc around a character’s development.
But short stories offer more of a snapshot. Generally, we see characters in one scene of their life, rather than an entire episode. 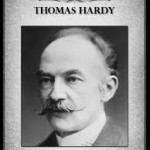 Thomas Hardy’s short stories are exceptions.
One of my favourites, written later in his life, 1891, is The Son’s Veto.
This short story has the epic feel of a typical Hardy novel. It traces the rise and demise of the central character, Sophy’s. His protagonist is the gentle and sweet, and like many of Hardy’s women characters, suffers at the hands of fate and an unkind society. Sophy is gentle attractive and devoted. Her only flaw is her passivity and lack drive in following her desires. 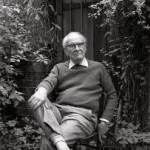 Written V.S. Pritchett, “The Fly in the Ointment” is a psychologically adept short story that depicts man’s double nature: how we act socially is often at odds with our baser instincts. Interestingly, Pritchett once wrote that ”a writer is, at the very least, two persons. He is the prosing man at his desk and a sort of valet who dogs him and does the living.”
Written during the depression it narrates the story of a son going to visit his father when his factory has gone bankrupt. The father has built the business for 30 years and scorned his son’s lack of business acumen.
Now father and son find themselves in an uncomfortable reversal of power relations.
It’s a pleasure to read Pritchett’s elegant writing, for example: “Under the ceiling of level mud-coloured cloud, the latest office buildings of the city stood out alarmingly like new tombstones, among the mass of older buildings.”